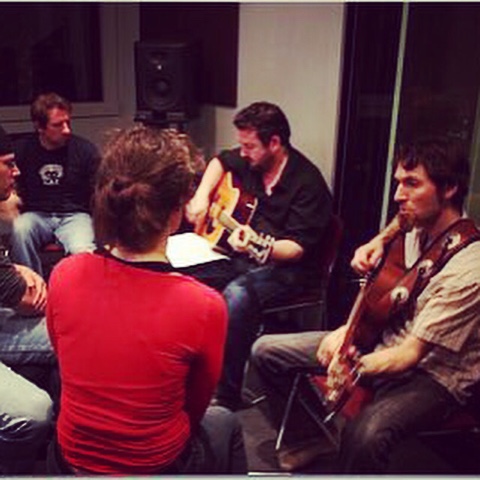 Studio daze: #TBT 2008, working on my first full-length "Adding Water to the Ashes" w/Ben Bernstein in SF along w/Alex Walsh and some of the fine folks @ Pyramind Studio. We recorded at several studios around the bay area that year, including Pyramind, Petting Zoo Studio & Chocolate O'Brian. Happy to say I still write and play on occasion w/Alex & I think Ben has produced or played on most of what I've done since (including what's up next, which I'm starting to record later this month (!) in Oakland), and "Adding Water to the Ashes" is probably my most-performed song.