June Music: Soaking it In, Sending it Out

I've just returned home from Stanley, Idaho, where I was honored to spend a week with seven other songwriters, working on our craft while taking inspiration from the surrounding mountains, meadows and rivers. It's a busy time: the writing retreat followed on the heels of the extremely fun run of Hot Water Sessions I did with the beautiful and talented Aireene Espiritu and Yours Truly, Michele, and tomorrow, I'm heading to the southeastern US for a trip that includes two shows with Bay Station.  Kwame, Steve and I are returning to venues we played on our cross-country 2016 tour. Friends in Macon or Atlanta, Georgia? Please find us at BearFoot Tavern on Wednesday, and back at Red Light Cafe in ATL on June 8. Speaking of return engagements, I'm back at Oakland's The Octopus Literary Salon on June 21 with another great group of songwriters; and Bay Station plays its third (or 4th?) Summer Sailstice at Encinal Marina on June 24 before helping celebrate the anniversary of Ira Marlowe's Monkey House in Berkeley. Viva summertime! With much gratitude, Deborah 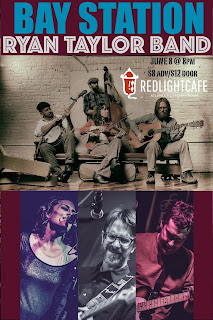 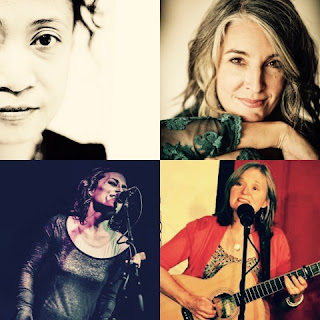 I'm hosting another great bunch of artists for June:
Aireene Espiritu,  Claudia Russell and Paige Clem!  A $10 suggested donation gets you great original tunes from some of the Bay Area's finest. Plus The Octopus is all-ages, artist-friendly, and community-centric with a healthy menu and lots of books to boot. June 21, 2017 7pm Octopus Literary Salon 2101 Webster Street, Oakland, CA.