Bay Station "Go Out And Make Some" National Tour 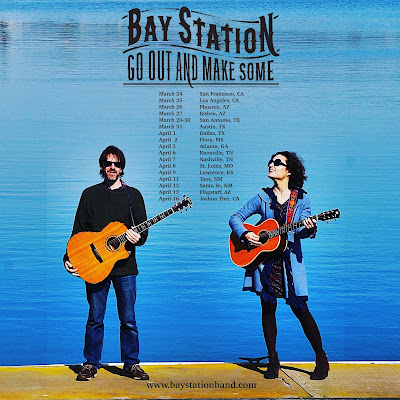 Writing monthly music missive a little early as I'm busy packing up for a three-week tour with Bay Station!

Bay Station officially released Go Out And Make Some this month and we're happy to report it's since been getting airplay throughout the country. Thanks KBOO, KALX, KAFM, KZUM, WPMG, Twirl Radio and No Pigeonholes Radio stations, among others, for broadcasting our tunes! You can request songs from Go Out and Make Some from your local station and/or listen and buy the new CD via Bandcamp, CDBaby, iTunes, or at a show. Thank you!

As I wrote earlier, we’re literally going out and making some music and adventure, as we hit the road for a cross-country Bay Station duo tour later this week. We’ll be heading south to Los Angeles and continuing east across the US. Reading this, or have music-loving friends in Arizona, Texas, Mississippi, Georgia, Tennessee, Missouri, Kansas and New Mexico? Please send them our way! All the details about where, when and who at the Bay Station site. 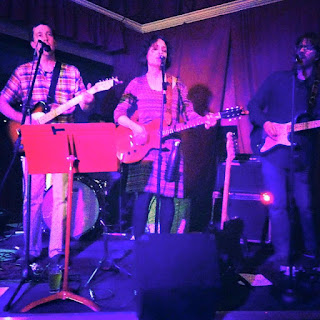 Bay Station at the Fireside

Keep up with the tour via our Facebook, Instagram and Tumblr sites. Booking and information deborahRcrooks @ gmail.com